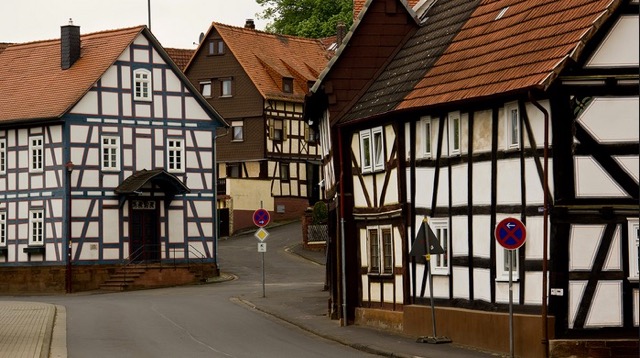 It’s easy to see why timber framing was so popular. Wood from local forests provided a convenient supply of building materials that skilled craftsmen could shape into hand-hewn posts and beams with their axes. Instead of using metal hardware to connect the timbers, the craftsmen carved precise mortise and tenon joints, which they secured with wooden pegs. This skill of creating precise joinery and intricately engineered timber frames was a great source of pride amongst early artisans, so much so that it became a tradition for craftsmen to inscribe their initials next to the joinery they created. 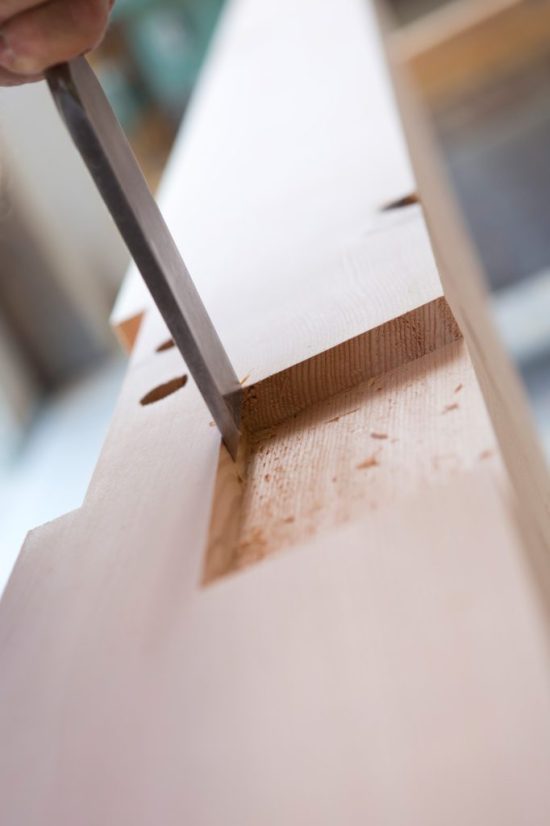 European settlers brought the art of timber framing to America where the practice became the predominant means of construction until the middle of the 19th century. The invention of mass-produced nails and the ability to manufacture smaller timbers quickly and cheaply gave rise to more economical forms of light-frame construction using structural studs and braces connected with nails. 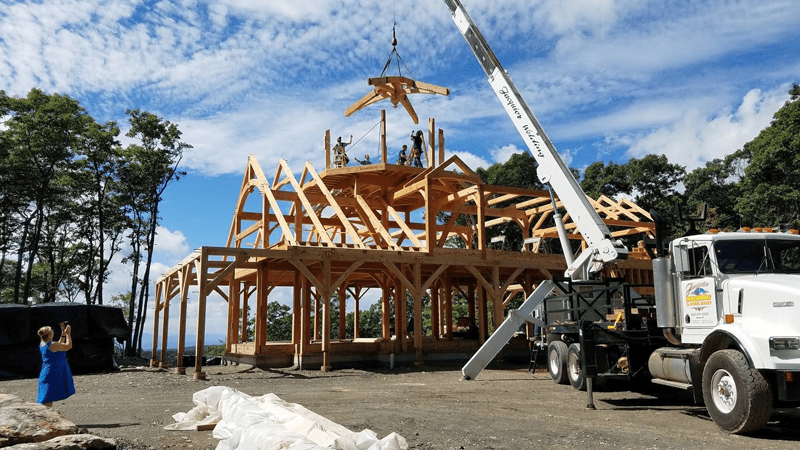 Woodhouse® – The Timber Frame Company enables discerning buyers to enjoy the warmth and elegance of this time-honored architectural style in a state-of-the-art, energy-efficient custom timber frame home. Woodhouse® began life with a different name—Solar Northern Inc.—in 1979 and was the brainchild of 2 partners: Steve Keller, the founder, and John Saveson, an architect and designer.

At that time there was a significant energy crisis caused by the OPEC oil embargo and the US government, led by the Carter administration, had put incentives in place to encourage people to build energy-efficient homes. Solar Northern’s specialty was passive solar design—using the path of the sun to naturally heat and cool a home—and this design concept, coupled with a high degree of insulation, could earn a monetary grant for the homeowner.

The need for excellent insulation led Steve and John to the investigation of, and subsequent use of, structural insulated panels or SIPs. SIPs are like a “building sandwich”: there are two rigid oriented strand board (OSB) skins holding together an inner layer of polystyrene or polyurethane. SIPs help Woodhouse homeowners by sealing the structure and creating a tight thermal envelope, improving not only the overall quality of their homes, but also their quality of life – they reduce construction time, lower energy costs, create an allergen-free environment, and safer in the event of an accident.

In order to support the SIPs, Solar Northern used traditional trusses until a client specifically requested a timber frame. After quotations for the timber frame came in at a very high price, Steve decided that they could make the structure themselves and Solar Northern produced its first timber frame in 1980.

As the energy crisis lifted, and the Reagan administration eliminated the grants that funded the passive solar design part of the business, timber frame building became the focus of the company which was now known as Solar Northern Post and Beam. John sold his share of the business to Steve who again changed the name of the company to Woodhouse, The Timber Frame Company in 1986. By that time, Woodhouse was the largest consumer of SIPs in the country. But still, Steve thought the quality of the SIPs could be better. Accordingly, he started Murus in 1987 to produce a higher quality SIP. Today, Murus is the leading producer of polyurethane SIPs in the world. In a time when builders across the country are booked for months and even years out, the speed with which a timber frame SIP can be erected is more attractive than ever.

In 2004 Steve formed a partnership with Pat Seaman who is now owner, President, and General Manager of Woodhouse. The company is one of the largest timber frame manufacturers in the US, shipping all over the country on a regular basis. Woodhouse has also shipped to Japan, the South Pacific, the Caribbean, England, and Germany. 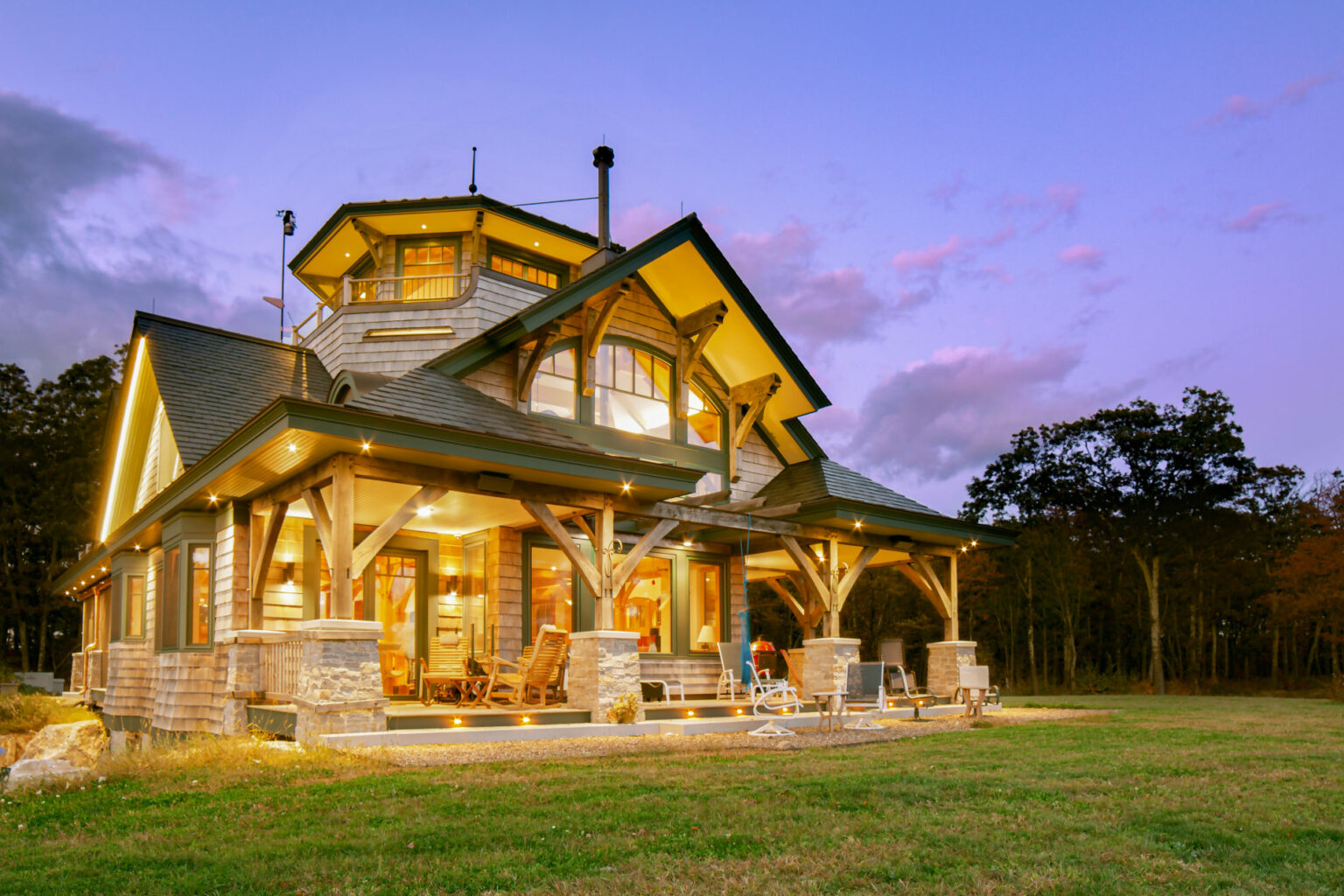 Our heritage is one to be proud of—it is based on environmental responsibility and community service—and it has taken us to a leadership position in a beautifully artistic and craft-oriented industry.

Everyone at Woodhouse® is committed to being exceptionally responsive to your needs and concerns. We are dedicated to providing the highest level of satisfaction through the delivery of the most skilled custom timber frame home design service, the finest building materials, and the most well-crafted timber framed homes available. Woodhouse® has always been the first to offer the best—and we are only improving upon this standard. We look forward to being at your service.

To learn more about building a timber frame in your area, visit our Where We Build page.

Download Now for Free
We use cookies to ensure that we give you the best experience on our website. If you continue to use this site we will assume that you are happy with it.I accept